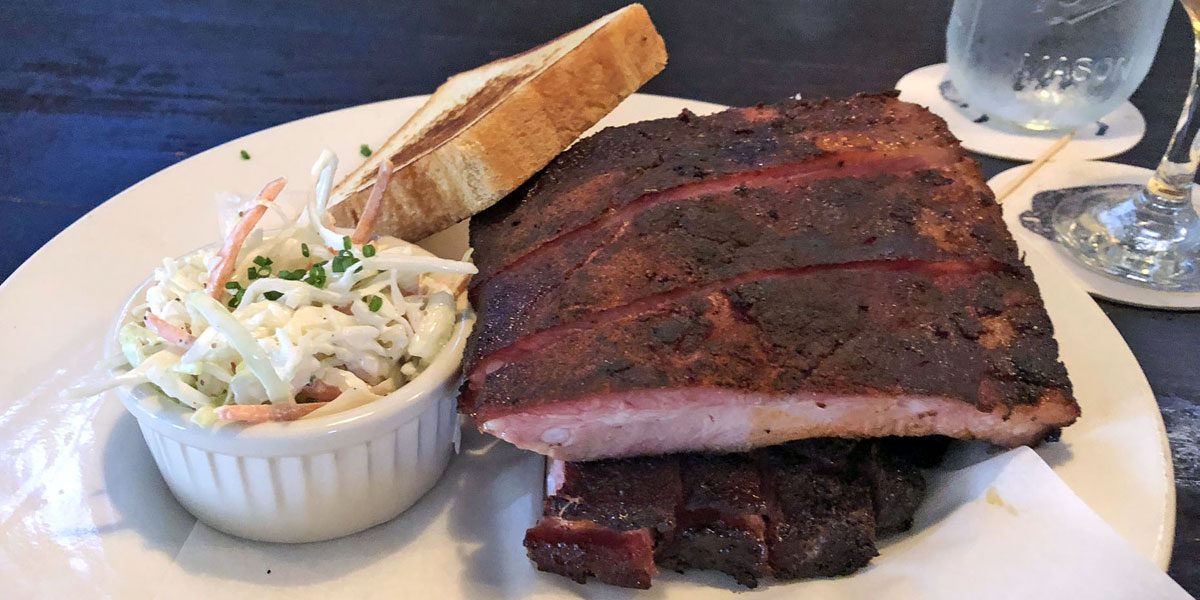 For a few years now, “pop-up” restaurants and shops have been all the craze. A new venue “pops-up” for a limited time and if they are successful, they may become permanent, such as Sanford’s own award-winning restaurant, The Tennessee Truffle.

But Sanford has experienced a recent new craze which I call “pop-ins.” What is that? In the food and drink arena, it’s where a restaurant has a special meal, a special night, or a limited engagement in where new menu items “pop-in” to a menu or restaurant on a limited basis. Let’s talk about a few.

Recently, Buster’s Bistro experienced a pop-in called “Here Come the Roosters.” For a limited time (three consecutive Tuesdays) guest chef Dalton Lacey brought an Asian-inspired theme of dishes to the normal Buster’s menu. Dishes such as Year of the Pig, Shrimp Pad Thai, and Gochujang Glazed Ribs—among others—were a temporary, but very satisfying addition to the menu. Not the normal Buster’s fare or menu, these items were a temporary pop-in to the normal menu. But I do hope they return, these items were awesome.

Another example: Recently chef Robbie from The Smiling Bison had a one-night pop-in, a St. Louis Style Ribs dinner, a one-night addition to the menu. My guess, is that we’ll see it again—it was very good.

Another recent pop-in was a guest Chef collaboration at The Tennessee Truffle, a one-night, limited ticket event with a pop-in combining the talents of the Truffle’s own Chef Nat Russell with those of acclaimed Chef Hari Pulapaka from Deland’s Cress Restaurant. The event was sold out and those in attendance raved about it.

And then we had the recent HistoricDowntownSanford.com “watch party” at Celery City Craft celebrating an episode of Raw Travel featuring Historic Downtown Sanford. Sanford local celebrity and award-winning Chef Josh Oakley teamed up with the chefs from The Pass Progressive Cuisine to provide a one-time, pop-in brunch for the watch party.

Still another example is when a local restaurant happens upon a prime ingredient and pops it into their menu on a limited basis. Such was the case recently with The District when Chefs Garcia and Benitez did and amazing dinner with an Australian Wagyu Strip Steak—that one weekend had a great pop-in with this fantastic item—but when it was gone, it was gone.

I think this Sanford-born craze may have started well over a year ago with Sanford’s first pop-in, a five-course, collaborative dinner held at The Smiling Bison. It combined the talents of Chefs Josh Oakley (then at The Smiling Bison) and Nat Russell from The Tennessee Truffle. I was among those diners treated to a wonderful dining experience ranging from Sweet Potato Tortellini to Country Pate, and so many more. Each bite was awesome. But this combination was a one-time-only deal, a pop-in event.

We’ve had other pop-ins in Sanford, in addition to those listed above, and I expect this trend to continue. While we have lots of great local eating (and drinking) establishments, it’s fun to step-outside-the-box occasionally and experience something new, unique, and—in all likeliness, never-going-to-happen-again. And I, for one, cannot wait to see what the next Sanford Pop-In will be!

Leon Konieczny is a local Sanfordite and avid foodie. From food blogging to eating to cooking, he enjoys all about food--that is, when he's not out-and-about enjoying all the fun that Sanford has to offer.