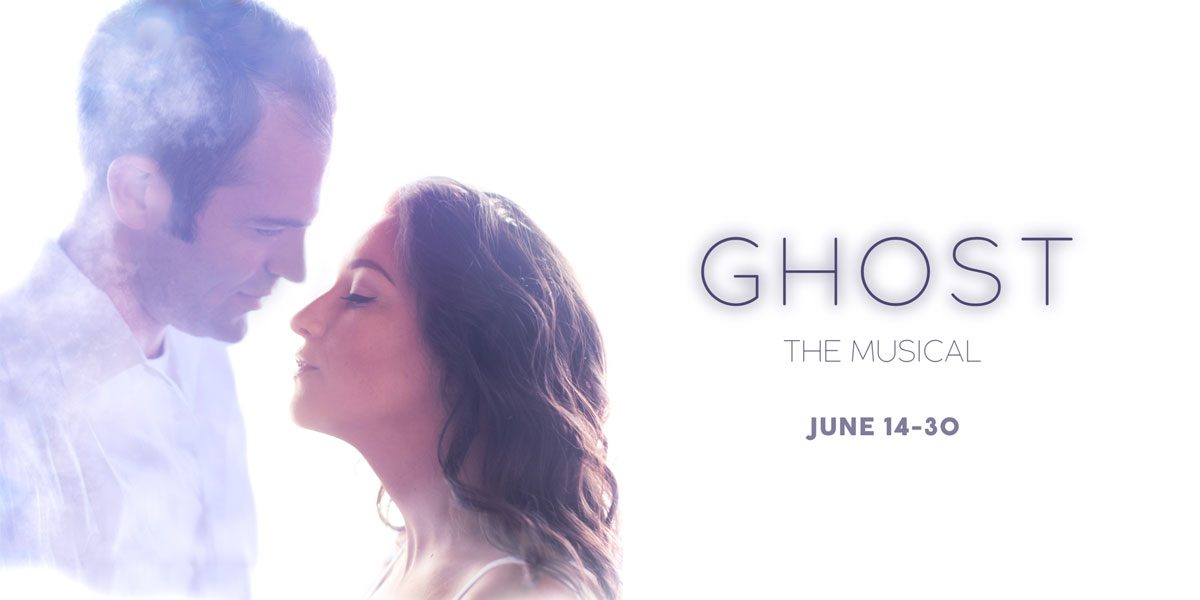 Theater West End is proud to present the musical adaptation of the 1990 Academy Award-winning film Ghost, which follows the love story of Sam (Preston Ellis*) and Molly (Lea Marinelli*). Their romance takes a shocking turn after Sam’s untimely death. Trapped between two worlds, Sam refuses to leave Molly when he learns she is in grave danger. In an attempt to communicate with her, Sam enlists the help of a storefront psychic, Ode Mae Brown (Desiree Montes), to hilarious and harrowing effect.

Patrick Swayze, Demi Moore and Whoopi Goldberg performances made Ghost one of the most memorable cinematic experiences of all time. See Sam and Molly’s romance come alive onstage in a smart, funny, suspenseful and very romantic musical love story.

This romantic fantasy-thriller about the power of love features a score by Grammy Award-winning songwriters Dave Stewart and Glen Ballard, and includes the Righteous Brother’s classic Unchained Melody. Together, these tremendous musical talents have sold a quarter-billion albums. Get ready to fall in love all over again — with a big heart and even bigger laughs. This gem of a musical is out of this world!