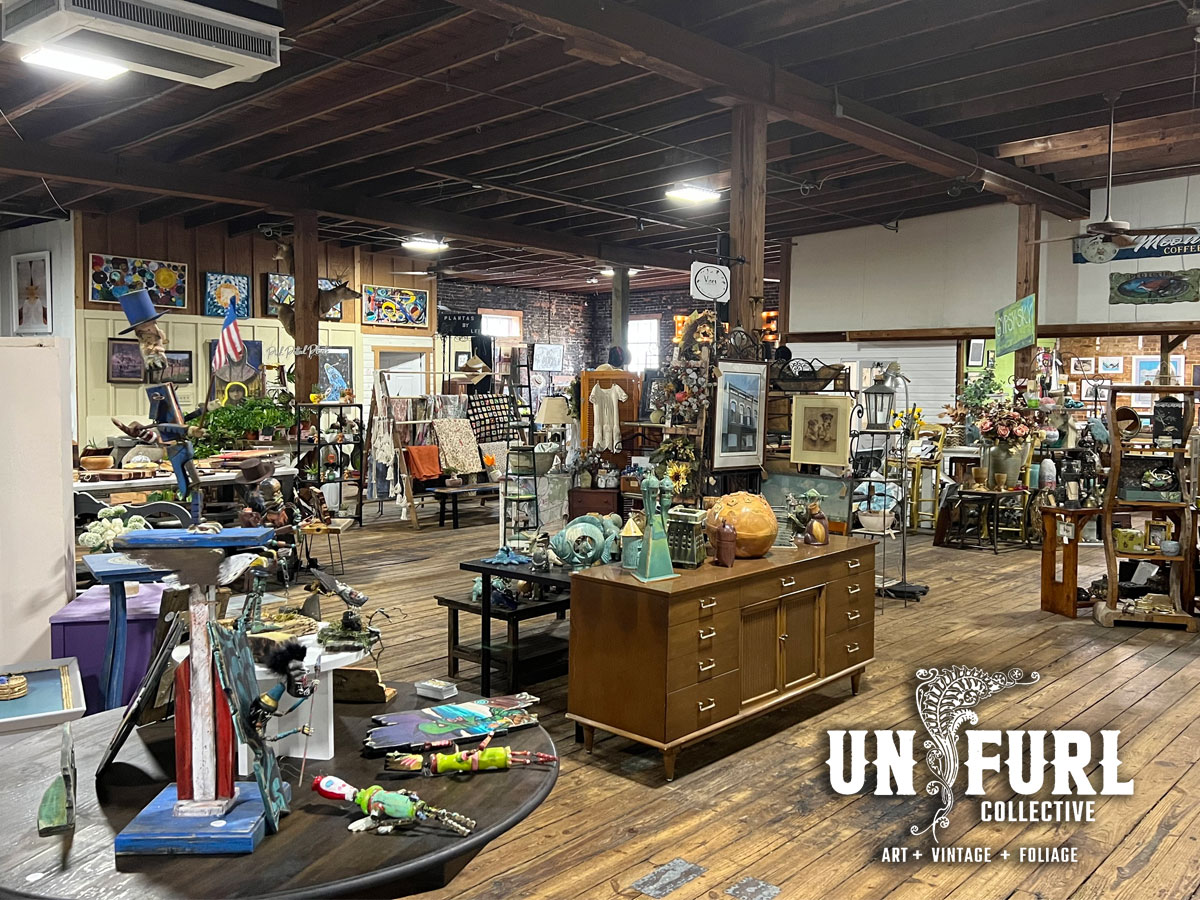 7000+ SF of Vendor Space to be a ‘Collective’ of Artists, Makers, Growers & Do-ers to Open on Saturday, September 24th!

Orlando locals and those familiar with the music scene have long been aware of Jim Faherty, the Orlando night club and restaurant owner who was one of the earliest and most prominent frontrunners of the local music scene. Downtown Orlando’s Orange County Regional History Center recently unveiled a new exhibition centered on Faherty and his concert promotion company Figurehead. While his foundational presence in the cultural scene in Orlando is a story worthy of its own blog, the astounding thing is that Faherty has spent the past several months in Sanford working on another project – The Unfurl Collective.

Sean Kelley, who also owns Henry’s Depot Culinary Collective at 212 W. 1st St, has purchased the large building at 115 N. Laurel Ave that for many years was occupied by Horstmeyer’s Farm & Garden. Inside this space, Faherty and his team are putting the finishing touches on an amazing venue. Unfurl Collective will feature dozens of vendors, all “people who create things with their hands, such as artists, makers, finders, growers, and doers,” says Faherty. “Unfurl is a place where you can come for inspiration and one-of-a-kind gifts.”

Unfurl will be hosting workshops and weekend markets with food and music, as well as many other interactive art-focused opportunities for locals to bring their craft and passion to the space. “The Unfurl Collective is a terrific example of how businesses can collectively add to the “Sanfording” Story.   It will be a great place for people to meet up and peruse unique artisan wares.  Couple that with flexible event space and the end result is a great recipe for a good time – Sanford Style!” states Pamela Lynch, the City of Sanford CRA Executive Director.