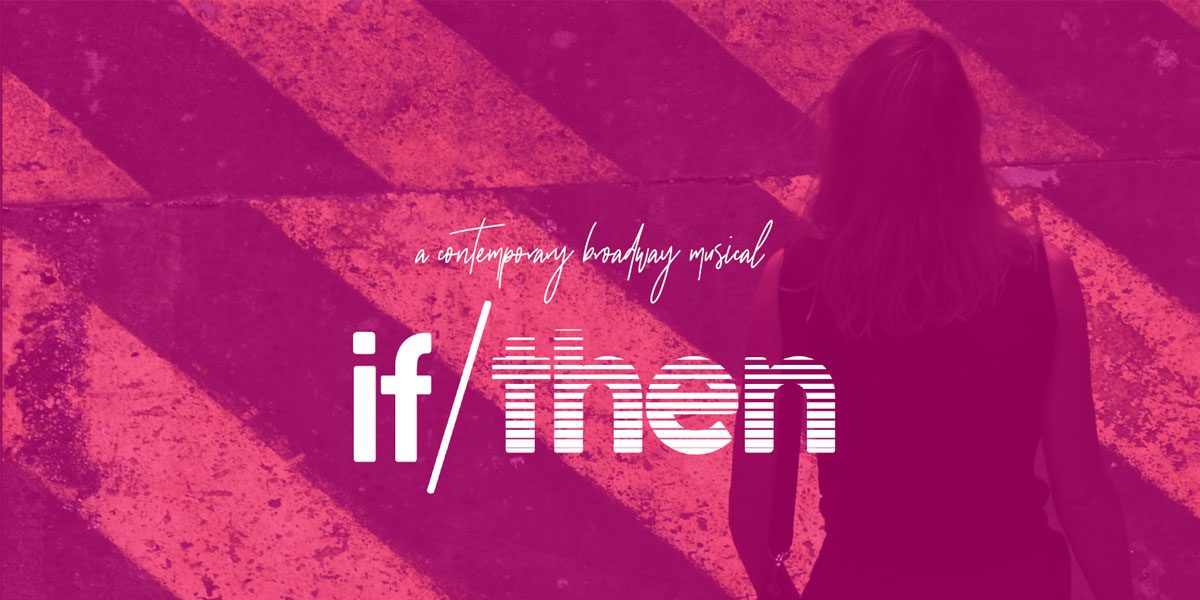 Theater West End is proud to present the Central Florida Regional Premiere of the Broadway musical If/Then, featuring music by Tom Kitt, with lyrics and book by Brian Yorkey. If/Then opens in Historic Downtown Sanford on August 16 and runs through September 1.

With unforgettable songs and a deeply moving story by Pulitzer Prize and Tony Award-winning creators of Next to Normal, If/Then is a fascinating, ambitious and original musical that simultaneously follows one woman’s two possible life paths, painting a vivid portrait of the lives that we lead, as well as the lives that we might have led.

Elizabeth, a city planner, moves back to New York to restart her life in the city of infinite possibilities. When her carefully-designed plans collide with the whims of fate, Elizabeth’s life splits into two parallel paths. If/Then follows both stories simultaneously, as this modern woman faces the intersection of choice and chance.

Theater West End’s production of If/Then features an all-professional cast and a 10-piece live orchestra in our intimate setting in the heart of historic downtown Sanford. Directed by Derek Critzer with music direction by Austin McElwain, and choreography by Amanda Warren.

The show contains adult themes, including language and sexual references and may not be suitable for all audiences.

Performances are August 16 to September 1, with an industry night show on Monday, August 26 at 8pm. Thursday, Friday and Saturday performances begin at 8pm, and Sundays at 2pm.