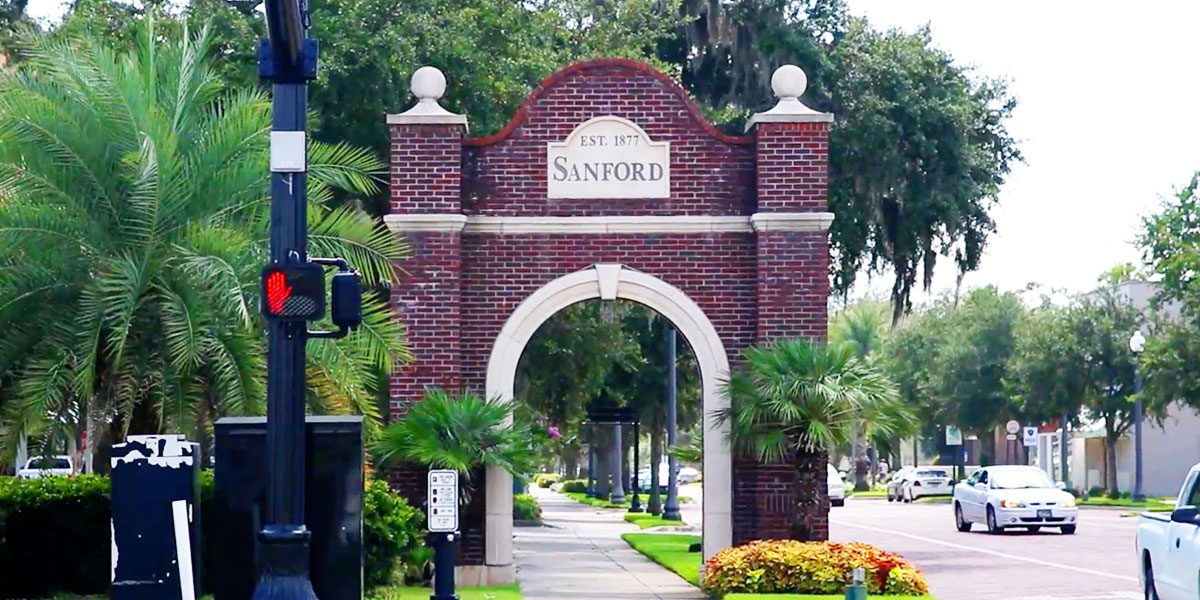 – Third and Final Episode Spotlighting Historic Downtown Sanford, Florida Premieres May 18-19th Across the US –

Attendees will also be treated to a special premiere of a bonus segment featuring Tuffy’s Bottle Shop & Lounge and local musician Hannah Harber, both also included in the “Let’s Go Sanfording” episode.

“Let’s Go Sanfording” garners its name from the local custom, of strolling from one end of downtown to the other, while partaking in Sanford’s outsized world-class gastronomy, craft breweries, folk art, quaint shops and live local music scenes.

“I’m excited to be able to attend the screening party and mix and mingle with the friendly folks at Buster’s Bistro in Historic Downtown Sanford,” said Robert G. Rose, Executive Producer and Host of Raw Travel. “I hope our friends from all over Central Florida and beyond will come and go ‘Sanfording’ with us as well” Rose continued.

Raw Travel’s follow up of “Let’s Go Sanfording” will also premiere in 173 other cities in 95% of the US and is the third in a trilogy of episodes that began airing last fall and will continue to re-air all across the US throughout the summer before eventually heading onto networks in a variety of International Territories, Inflight Entertainment Systems and Video on Demand platforms in North America.

“Our global travel destination continues to grow and is getting amazing recognition here in Central Florida and around the world as we’ve seen an increase in visitors to Historic Downtown Sanford, Florida for the past couple of years.” Said Will Henao, Producer & Founder of HistoricDowntownSanford.com Visitors Guide. “We’re extremely grateful with Robert Rose and Raw Travel for featuring us in three amazing episodes and elated that countless new visitors are joining us from across the country to enjoy some ‘Sanfording’!”

Raw Travel prides itself on featuring authentic, socially conscious travel to a variety of destinations both on and off the beaten path. The show is currently in its 6th Season of broadcast syndication (NBC, CBS, ABC, Fox, etc.) and is available for free via over-the-air, local TV stations in 174 cities and 95% of the U.S. The show can also be seen on outlets all over the world including National Geographic People (Asia), Amazon (India), Fox (Europe), etc. as well as several major airlines (Delta, Air Canada, Finnair, etc.) and cruise ships. The show currently boasts the largest weekly audience of any authentic travel show

Raw Travel is the most watched authentic travel show on U.S. commercial television and is an adventure travel & lifestyle series showcasing socially and environmentally aware, independent travel. The series weaves together themes of eco-tourism, volun-tourism (giving back) with underground music and authentic culture in a unique way. Each weekend the show is seen in over 174 U.S. cities on local broadcast affiliates (ABC, NBC, CBS, Fox, etc.) and in several international territories (Asia, Africa, Europe, etc.) on outlets such as National Geographic, Amazon, Fox and more. Certain episodes can also be found on several major airlines (Delta, Air Canada, Finnair, etc.) and soon in Over the Top (digital) platforms as well.  It is produced and distributed in house by AIM Tell-A-Vision (AIM TV). Visit www.RawTravel.tv for more information.

AIM Tell-A-Vision (AIM TV) is an independent content and distribution company founded by media entrepreneur Robert G. Rose. Since 2000, AIM TV has been producing and distributing positive, compelling content that reflects a mission of presenting “Media That Matters”. Visit www.AIMTVGroup.com for more information.

Founded in 2018 as a Visitors Guide, HistoricDowntownSanford.com, with its social media network and strategic partners, has been promoting the newly revitalized historic downtown area of Sanford, Florida in Seminole County as a food & beverage haven for Orlando and Central Florida locals and tourists as well as a destination for film locations, street festivals, community events and investment to a global audience. For more information, please visit www.HistoricDowntownSanford.com and follow us on Facebook and Instagram.