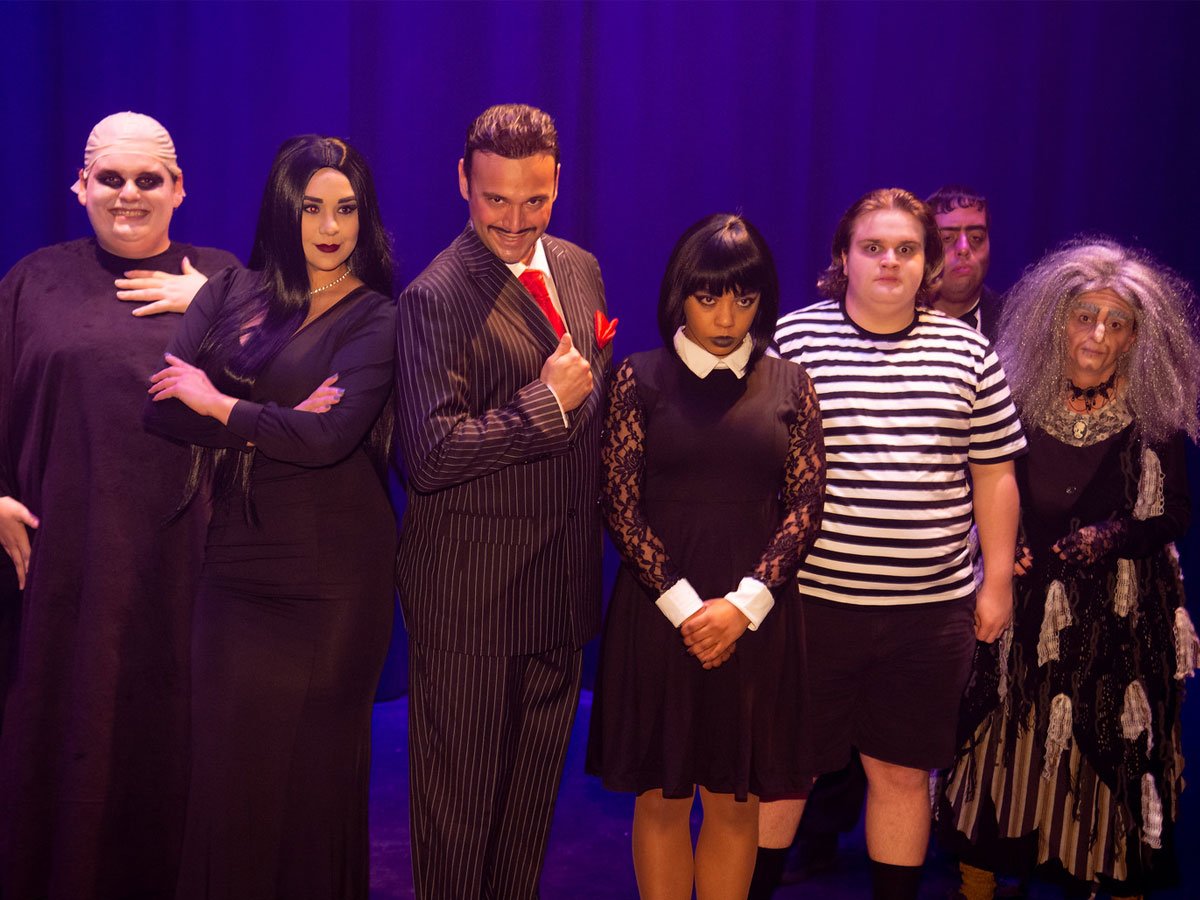 The Ritz Theater in Sanford invites families to join us and sing along to the “mysterious and spooky altogether kooky” The Addams Family: A New Musical Comedy opens Friday, October 8 at 7:30pm and runs through October 17 with evening and matinee performances.

“The Addams Family Musical is based on the classic cartoon and beloved television show that has become a true cult classic. I’m excited to bring that energy to life on the Ritz Theater stage. It will be a comical feast that embraces the wackiness in every family,” says director Barb Kellar.

The Addams family have lived by their kooky, upside-down values for hundreds of years. And, Gomez and Morticia, want it to stay that way. Unbeknownst to them their macabre daughter Wednesday, who is now 18, is ready for a life of her own and is holding a secret. It’s every father’s nightmare: Wednesday Addams, the ultimate princess of darkness, has grown up and fallen in love with a man her parents have never met. It’s Lucas Beineke, a sweet, smart young man from a respectable family—a man her parents have never met.

And if that wasn’t upsetting enough, Wednesday has invited the “normal” boyfriend and his parents to dinner. On this fateful night, secrets are disclosed, relationships are tested, and the Addams family must face up to the one horrible thing they’ve managed to avoid for generations: change.

Tickets range from $20-$27 and are available on the Theater’s website at www.ritztheatersanford.com or by calling their box office at 407-321-8111. The Theater is located at 201 S. Magnolia Avenue in historic downtown Sanford, FL. The box office ticket window is open Mon., Wed., Fri. 9:30am to 5:30pm and 2 hours prior to each performance.