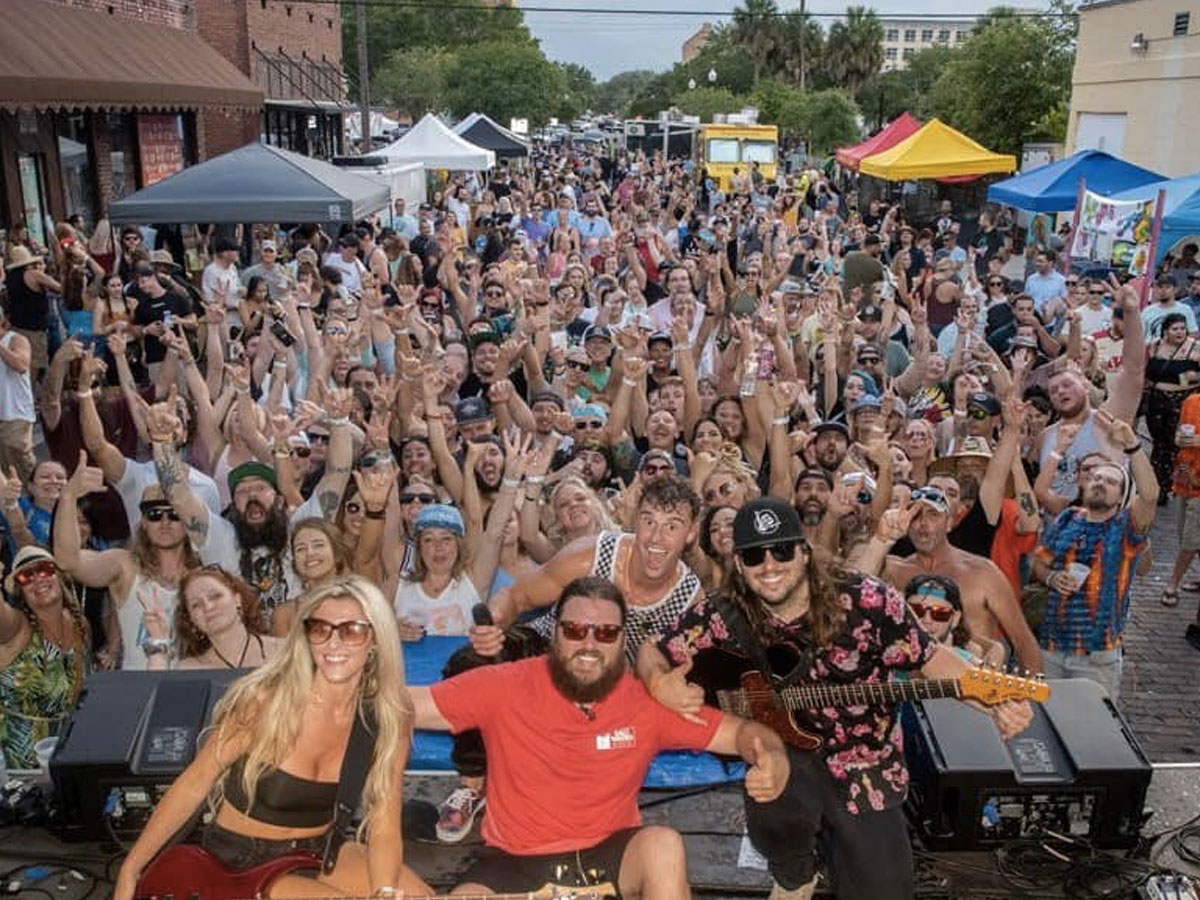 A storm is brewing. The 15th annual Hurricane Party Music Festival is back to start your summer off on a high note Saturday, May 28 at 12 p.m. in Historic Downtown Sanford.

Rain or shine, hosted by West End Trading Co., the music festival will feature over 40 bands on seven stages in venues and streets along Historic Downtown Sanford.

The Hurricane Party Music Festival is excited to feature a variety of performances so that listeners of all genres can rock out while partying on the best block in town. Some performances will include Less Than Jake and Abandon the Midwest, two of Florida’s favorite ska punk and indie bands. Other acts include Passafire, The Aggrolites and The Supervillains.

“We are amped and excited to bring another Hurricane Party to Historic Downtown Sanford. We’ve upped the stages and acts, adding even more entertainment,” said Paul Williams, owner of West End Trading Co. “This year will be the biggest and best yet!”

The Hurricane Party Music Festival is the largest and oldest music festival set in Historic Downtown Sanford, the Craft Beer and Entertainment Center of Seminole County. The block party will also feature a variety of vendors including, food trucks, artists, and craft beers for attendees to enjoy, while listening to the featured bands perform.

The festival kicks off at 12 p.m. at West End Trading Co. Presale tickets are $40. Tickets day of show are $45. Upgrade to VIP an extra $25, this includes four drink tickets from sponsored beverages, VIP commemorative lanyard, t-shirt, and a show poster.