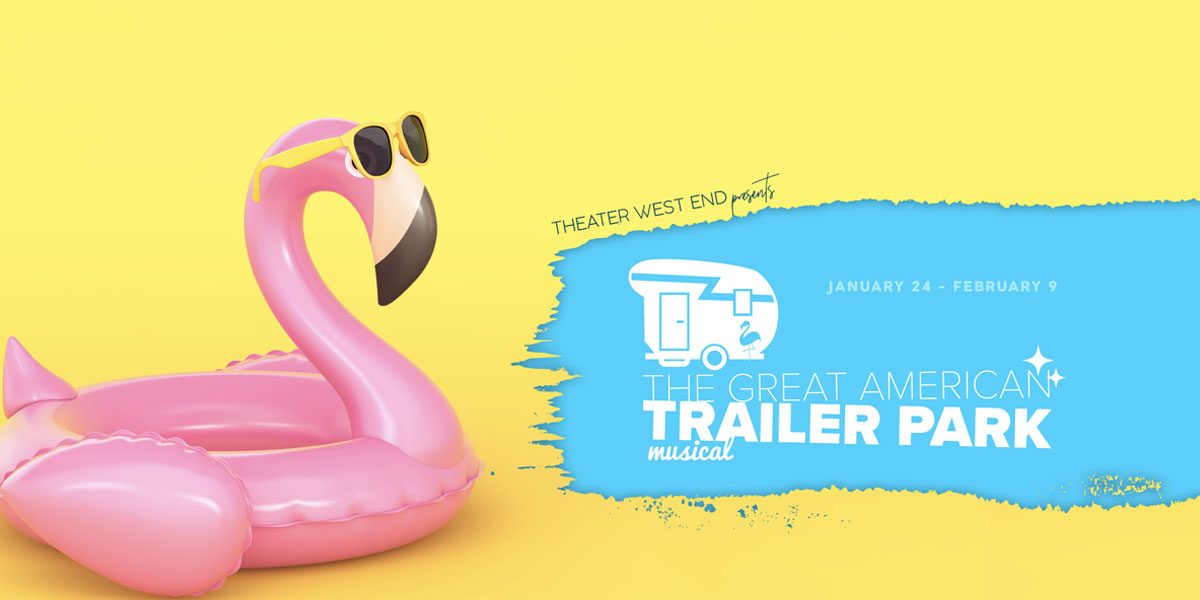 Hey, neighbor! It’s about time for you to come on down to Theater West End, or as we like to call it now… Armadillo Acres II. Starting January 24, director Derek Critzer will wow you with the boisterous and sometimes downright loud tenants of America’s favorite fictional trailer park at the center of The Great American Trailer Park Musical. Be ready to bake by the kiddie pool with a live band, too, under the music direction of David Foust.

With music and lyrics by David Nehls, and a book by Betsy Kelso, this musical began (like so many others) at the New York Musical Festival, which recently announced that the reality of the arts funding crisis in America was forcing them to cease operations. “The Great American Trailer Park Musical” sold out their run at the Festival in 2004, and transferred to an Off-Broadway theatre in 2005 with Tony-Award winning producers Jean Doumanian and Jeffrey Richards backing the project. The show has since been performed to great acclaim in almost all 50 states; as well as internationally in the U.K., Australia and Canada (which resulted in a French translation being written.)

Nestled in the panhandle, Armadillo Acres is a close-knit community of trailer park neighbors. Everybody knows your name… and all of your personal business. Said business is joyfully spread by the three local busybodies: the park leasing manager Betty (Ashley Wilcox), Death Row spouse Lin (Janine Klein), and perpetual perpetrator of hysterical pregnancies, Pickles (Anneliese Banks). Theater West End has recreated the trailer park atmosphere, from the flamingos holding court in the front windows, to the freshly rolled out AstroTurf coating the stage.

Within one of the trailers, agoraphobe Jeannie (Sara Jones) lives with her high school sweetheart, toll collector Norbert (Robb Ross). She hasn’t left the trailer for 20 years. Jeannie was 17 at her wedding, 18 when her son was born…and 23 when he was kidnapped. After so many years, Norbert has started to drift away from their marriage…without the emotional or intellectual range required for actual communication, Norbert drifts all the way next door into the trailer of professional exotic dancer, Pippi (Molly Schoolmeester). On the run from her latest in a long line of bad choices, Duke (Joshua Oliveras), Pippi is ready to settle down…but the past seems to follow. We swear it’s a comedy, y’all.

What happens when Norbert realizes he’s never slept with a woman other than Jeannie? Will Duke ever stop sniffing them Magic Markers and give Pippi the treatment she deserves? How does Betty, the resident mama bear, feel about all this? Is Lin gonna be able to save her husband from an electric chair that don’t work unless most of the town’s electricity is off? Does Pickles ever get a family of her own? If you want the answers, you’ll have to hop in your own trailer, and park it right next to Jeannie’s. Leave the rugrats at home, but bring your big hair, suntan oil, and sense of humor!

The Great American Trailer Park Musical opens on Friday, January 24 and runs through Sunday, February 9 at Theater West End in Downtown Sanford. Tickets are priced from $25. To purchase your tickets in advance, or find out more specific information about dates, times, and/or specific seating concerns, visit the Theater West End website at theaterwestend.com or call the Box Office at 407-548-6285.