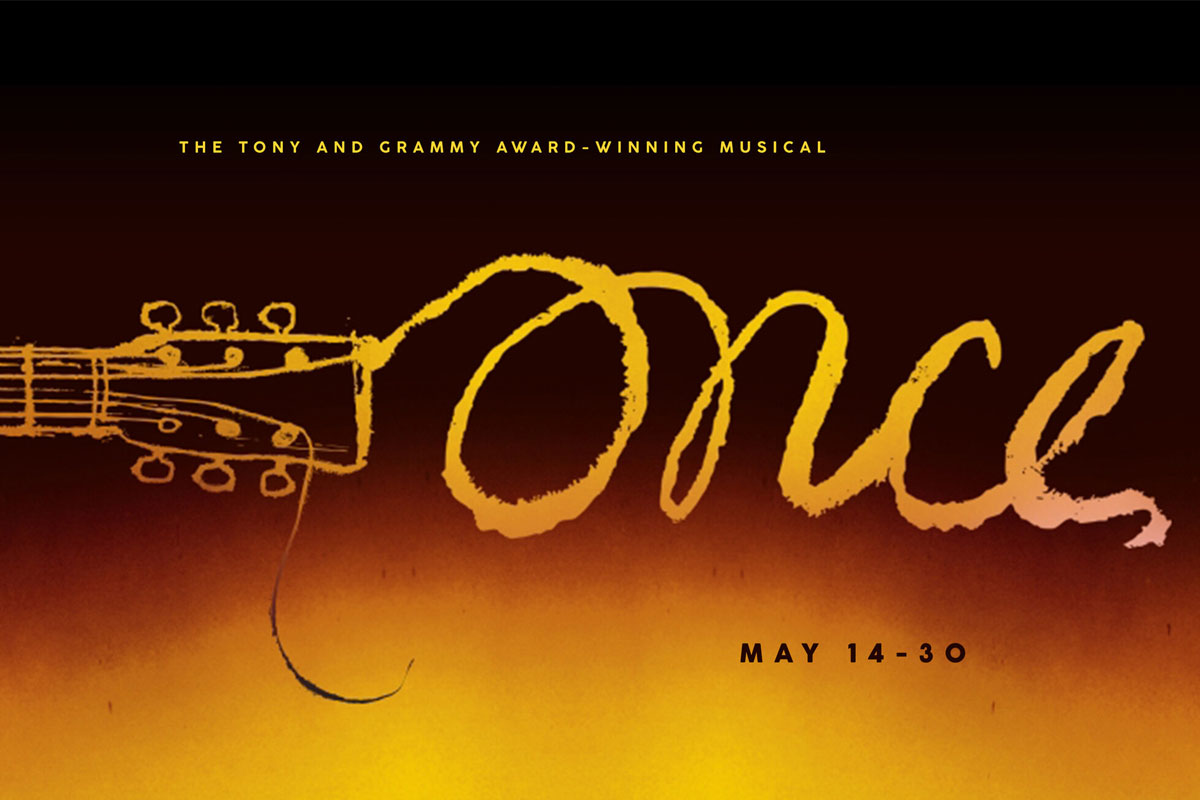 The beloved Tony award-winning musical Once will be taking the stage at Theater West End starting on May 14 through May 30. The broadway smash hit includes a cast of actors that also play their own instruments onstage, a rare sight for Theater West End audiences. Once has been described as “a show that demands that its audience listen,” by the Chicago Tribune.

Set in Dublin, Once is the story of “Guy” (Andrew Romano), a young Irish musician, who gives up on love and music after a failed relationship. When he meets “Girl” (Theater West End favorite, Valerie Torres-Rosario), a young Czech woman, she convinces him to try to win his ex back by playing his music to her in New York City. Guy then continues to write and perform his music with Girl after they form a band.

Featuring songs like the Oscar-winning “Falling Slowly”, “Gold”, “Leave” and “The Moon”, Once speaks to the power of music to connect audiences around the globe. “The show wins its standing ovations the old-fashioned way: with a love story, great songs, compelling characters and inventive stagecraft,” stated The New York Post. There is an unlikely connection between Guy and Girl that turns out to be deeper and more complex than other everyday romances.

Once is based off of the 2007 film Once by John Carney. The broadway adaptation successfully won eight Tony Awards, four Drama Desk Awards and a Grammy Award for Best Musical Theater Album after the first year of its release. The production played 1,167 regular performances and 22 previews by its closing time in 2015.

Once opens on Friday, May 14 and runs through Sunday, May 30 at Theater West End in Historic Downtown Sanford. It is Directed by Artistic Director Derek Critzer, with Music Direction by Charlie Stevens.

Tickets are priced by table of two from (price range). To purchase your tickets in advance, or to find out more specific information about dates, times, and/or specific seating concerns, visit the Theater West End website at www.theaterwestend.com, or call the Box Office at 407-548-6285.

During this time, Theater West End is dedicated to enforcing strict COVID precautions to keep visitors, staff, and performers safe. Tables will be spread six feet apart with Plexiglass shields in-between and patrons are required to wear masks at all times.