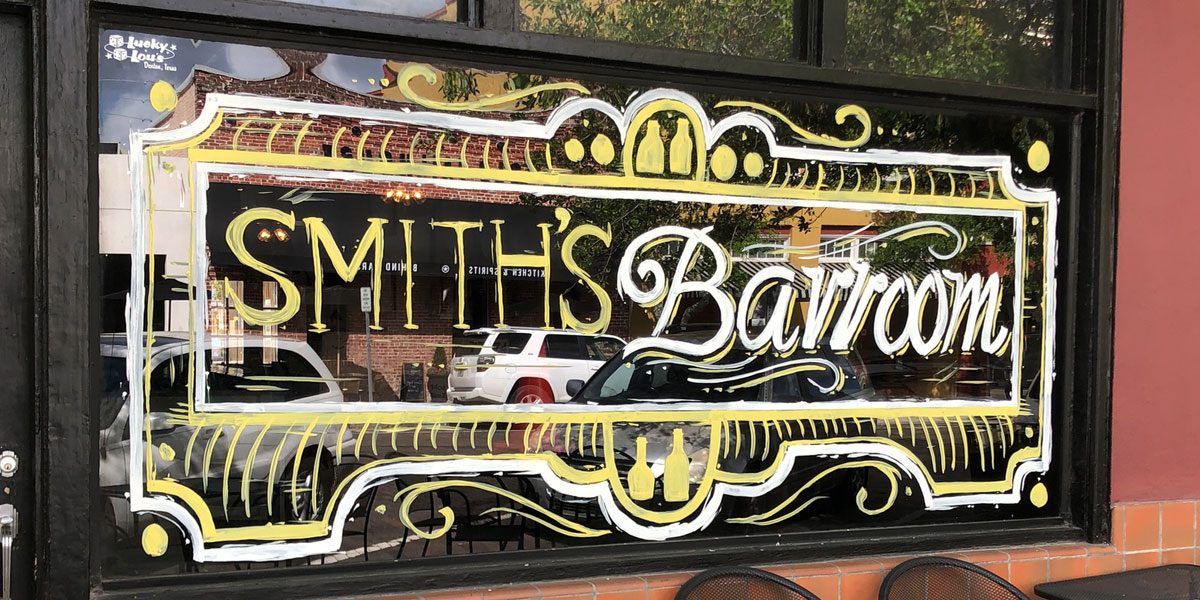 We hope you join us several times over the month as we raise a glass and say cheers to one of Sanford’s earliest business owners, John Smith, and support our downtown establishments. You can visit Smith’s Barroom pop-up located at Celery City Craft, which will have an extensive historically inspired drink menu or you can order a custom Smith’s Cocktail at any of our other 15 participating establishments. 10% of all drink sales at each location will benefit the Sanford Historical Society.

In 1892, Sanford Barroom owner John Smith made the unfortunate decision to close his popular drinking establishment. What made him decide to sell his property is lost to time. Perhaps it was the rising tide of “prohibs” wanting Sanford to be dry, or perhaps Mr. Smith wanted to go into another prosperous industry such as citrus, which would meet its downfall three years later due to the “Great Freeze.”

Whatever his reason, a deed left a detailed window into Sanford’s alcoholic history listing all the beer, liquor and wine sold in this establishment. We’ve given that list of alcohol to downtown Sanford establishments, and 16 of them have accepted the challenge of crafting unique deed-inspired concoctions, available for the month of April only.

The #smithsbarroomchallenge runs from April 1 through April 30, 2019. You’ll also have the opportunity to vote for your favorite drinks along the way and enter our photo contest to win great prizes. The Challenge Champion and Patron’s Choice drink will be announced in May on the Sanford Historical Society’s social media pages. One can follow the society on Twitter, Facebook, or Instagram.