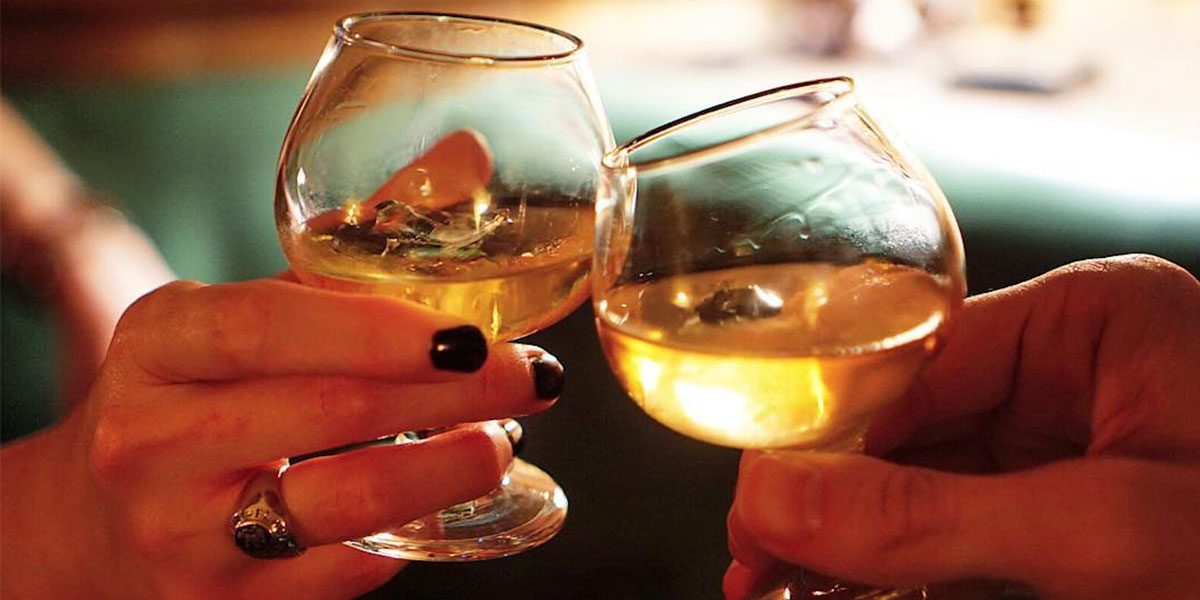 Sláinte! The Sullivan, a Slice of Ireland in Historic Downtown Sanford

St. Paddy’s Day is upon us and we can only think of one place where it would be most appropriate to celebrate! Get in on the festivities now, The Sullivan will be the anchor to the best St. Patrick’s Day party in Central Florida in the coming years.

They say a good friend is like a four leaf clover — hard to find, lucky to have. And the same could be said for a good, traditional Irish pub. They’ve popped up all around the world, but it can be hard to find an Irish pub that truly feels like home and like the community centers they represent in Ireland.

However, the luck of the Irish has shined down on Sanford with The Sullivan, A Public House, and thankfully, you won’t find green beer, stereotypical neon signs or karaoke here. With a warm interior and intricately wood carved pieces, the setting is comfortable and relaxed. Put your phones down and pick up a game of Scrabble or compete in the monthly puzzle challenge as you order a drink.

The extensive Irish whiskey list reads more like a road trip around the Emerald Isle. Of course you’ll find the old favorites, Jameson and Tullamore Dew. But make sure to sip on rare bottles like the Midleton “Barry Crockett” Single Pot Still Irish Whiskey or the Knappogue Castle 16 Year Single Malt.

But you might be wondering, “What makes Irish whiskey . . . Irish?” While bourbon is made with corn, and Canadian whisky is more of a blend, and Scotch is dried over a peat fire, Irish whiskey’s main ingredients are barley, malt, and water, and is distilled three times, making it a clean and light sip. Drink it neat or with a cube.

Obviously an Irish pub would not be an Irish pub without a proper pint of Guinness, the best-selling alcoholic drink in Ireland. Pouring a proper pint of the famous dry stout is an art which the bartenders have mastered at The Sullivan. The thick, creamy head is one of the most beautiful characteristics of the Guinness draught, making it smooth and rich. Like Guinness? Try the Kilkenny Cream Ale too.

And don’t miss one of the most unique aspects of the traditional Irish pub you’ll find at The Sullivan—the Snug. Due to social constraints and conventions, many Irish pubs of the 19th and early 20th century featured a snug where women (and anyone else who didn’t want to be seen having a drink, such as police officers and priests) could enjoy their pints in private. While the original purpose of the Snug has changed over time, The Sullivan’s Snug is the ideal hangout for a small group of friends or the cozy spot to share a secret pint with your sweetheart.

Last, but certainly not least, what would a traditional Irish pub be without Irish pub grub? Chef Josh Oakley, formerly of Sanford’s The Smiling Bison, and now executive chef at 1921 in Mount Dora, crafted the menu filled with classics like Bangers and Mash, Shepherd’s Pie, and Fish and Chips. Perfect for extending your visit long into the evening.

On most weekends, live Irish folk music fills the lofty space, creating the earnest and laid-back experience that is part of the Irish culture, enhancing the community spirit that is already so prevalent in Historic Downtown Sanford.

And so we raise our glass with an Irish toast to Sanford and to The Sullivan! “May you always have a clean shirt, a clear conscience, and enough coins in your pocket to buy a pint!”

Christina is a graphic designer and writer, and has been a Downtown Sanford resident since 2006. Married to a Sanford native, they both enjoy promoting Sanford through their latest creative adventure, Drink Sanford, sharing all things beverage related in the city and their travels near and far. Find them at DrinkSanford.com or on Instagram @DrinkSanford.