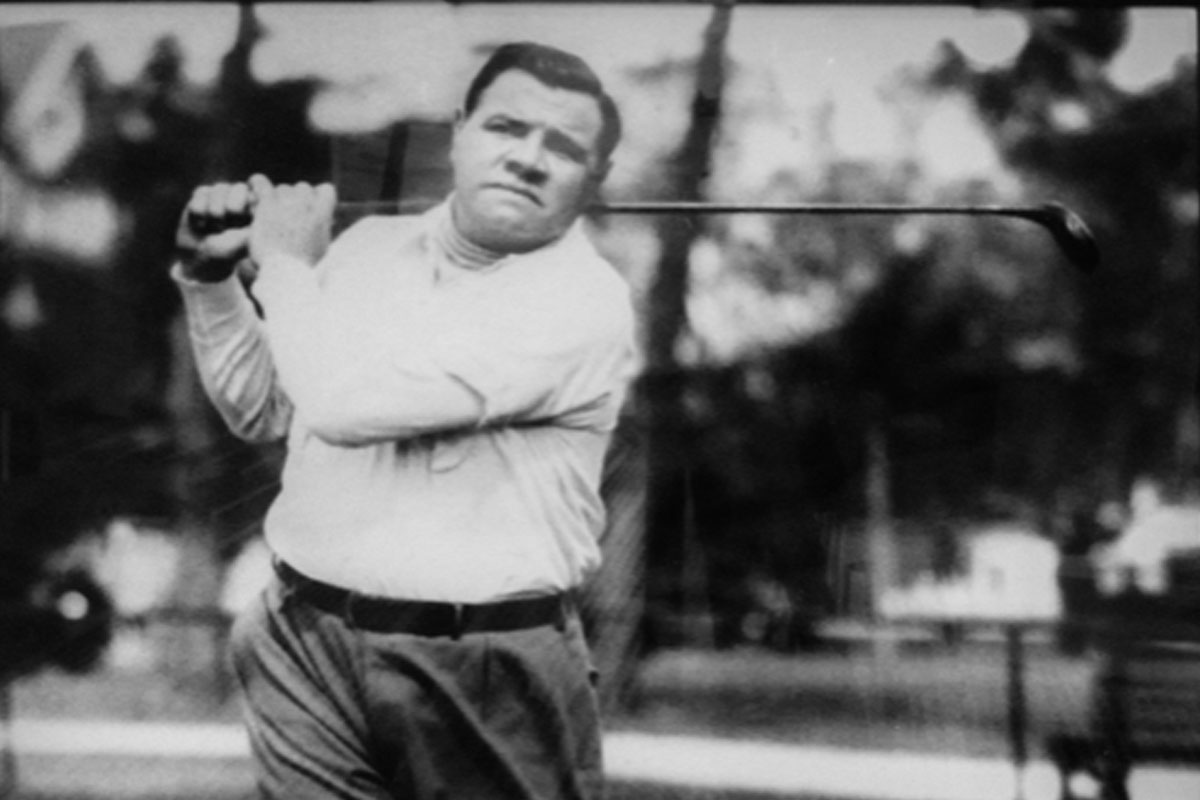 Mayfair Country Club, owned by the City of Sanford, is historic Sanford’s only golf course and one of the oldest courses built in the state of Florida. In advance of the historic centennial anniversary of the golf course in 2022, the City of Sanford is planning renovations, as well as establishing a non-profit board to oversee operations. With big changes in the works, it’s a great time to take a deeper look at what the Mayfair Country Club currently offers, its remarkable history, and the City’s future plans.

Pete Sands has been the General Manager of the Mayfair County Club since October of 2017. Pete and his staff have been the driving force behind a revitalization of the club over the last two years. “With the growth of downtown’s events and just the atmosphere there, I thought ‘how do we take that and apply it to golf course?’,” said Sands. “(We want the) same tone as what visitors experience in Historic Downtown Sanford; welcoming to everybody, and you are going to have a good time at the Mayfair. A great atmosphere.”

Sands has been in the golf business for 10 years, nine of which are with the management company overseeing the Mayfair Country Club. Sands notes that he “fell in love with the game. The entrepreneurial side, with retail and the idea of putting a product out there to sell always intrigued me. Doing this with golf, I love it.” And the response has been notable. Currently, the Mayfair offers 18 holes of competitive golf, a putting green, and a driving range, and if you are a golfer, do yourself a favor and check out their social media for lots of unique and fun events they have planned. For example, if you are looking for a fun date night or a casual round with friends on a Friday or Saturday night? Check the Mayfair’s calendar to try “glow golf,” a monthly event where the happy hour starts at 5:00pm before teeing off with glow in the dark golf balls at 7:00. Only $35 per person, with discounts available for couples and ample drink specials.

The Mayfair course plays host to a variety of charitable and non-profit golf tournaments, and their staff is skilled at assisting the event organizers with know-how and opportunities to increase their returns. Sands notes that he is especially proud to bring back the Mayfair Open, which was held this last year with over 100 professional golfers and 60 amateurs competing for over $60,000 in prizes, including a $10,000 check to the winner. “That was incredible,” said Sands, “there are also tournaments as fundraisers for many causes, and tournaments just for fun.”

One tournament with a particular impact on our local Sanford community is the Sanford CaddyShack Open, benefitting Cops for Christmas. Cops for Christmas is an annual event held by our Local Sanford Fraternal Order of Police Lodge 140. At this event, local children and their families are provided breakfast, ride Sanford’s Downtown Trolley to Walmart, and get paired up with an officer who hands each child a $100 gift card with which to shop. In 2017, Kim Colegrove, President of local Sanford 501(c)(3) organization The Ladies 327 Supper Club, was approached to assist our Local Sanford Fraternal Order of Police Lodge 140 raise funds for their annual “Cops for Christmas” event. Through Colegrove, the call went out, and several local businesses donated to assist FOP Lodge 140 accommodate 33 children. That’s amazing.

Even more amazing is the growth of the “Cops for Christmas” event over the last two years, primarily due to event planners Paul Williams, Shane Hardenbrook, and Colegrove contacting Sands about hosting an annual tournament to benefit this cause. In 2018, the “Sanford CaddyShack Open” was launched and raised $6200, enough to allow Cops for Christmas to provide for 73 children. In 2019 the tournament raised over $9800, and the program grew to include 107 children. “The Mayfair has been amazing. Not only do they shut down the course for the entire day, but they help advertise and promote the event for us,” says Colegrove. “They have great ideas, give up their staff to assist, and are always gracious. Pete has been amazing for us, and this event,” she continued. Pete Sands notes that the Caddy Shack Open “brings (the) community together. You don’t have to play golf to enjoy it, just be part of the team and we all help make local families holidays.”

The 98-year history of the Mayfair Country Club is – to say the least – impressive. One of Historic Downtown Sanford’s amazing local craft breweries could create an entire trivia segment that might just surprise today’s Sanfordites. For example: Did you know that our city’s founder purchased the land from General Joseph Finegan, who commanded Confederate forces in their victory at Olustee, FL? That the retired sea captain who purchased the land constructed a house shaped like a ship? That the original 9-hole course was constructed by the local business magnates who owned Chase & Co, today the multi-million-dollar corporation Sunniland? That the famed “Sultan of Swat” Babe Ruth once swatted at golf balls on Sanford’s course? That the name “Mayfair” is a legacy of the professional sports team that operated the course for almost a decade? And more!

In 1870 our cities namesake, Henry Shelton Sanford, purchased a 20,000 acre tract of land, and decided to sell a portion of this tract to Charles Amory. Armory was a retired sea captain, who planted citrus trees and the iconic double row of oak trees that still line the main entrance of the golf course. A part of Armory’s boat-shaped home also remains upon the Mayfair CC grounds, and is still used as a clubhouse and houses The Oak House Restaurant, where golfers and patrons enjoy dinner & drinks.

Brothers and business partners Sydney Octavius Chase and Joshua Coffin Chase, owners of Chase & Co., purchased the land, and in 1922 commissioned a crew to construct a 9-hole golf course upon the property. Completed later that year, the Sanford Country Club officially opened to the public. Green fees were $1.00 for out-of-towners, $0.50 for city residents, and you could buy a 30-round book for $10.00. It remains one of the oldest golf courses in the State of Florida

The city of Sanford purchased the golf course from the Chase brothers in 1924, expanded play to 18 holes, and operated it over the next two decades, the highlight of this period perhaps being a 1927 match between golf legends Walter Hagen and Gene Sarazen, although several other celebrities (such as Babe Ruth) also played the course in this era.

In the 1940s, Sanford leased the golf course to several parties, the longest and most notable among them being the New York Giants major league baseball team. The Giants used Sanford as their Spring Training Headquarters from 1948-1959, residing at Sanford’s Mayfair Inn, which the team used as a dormitory for minor-league ball players in addition to operating the hotel. The club operated the golf course from 1953-1961, renaming it the Mayfair CC after their hotel of the same name. Between 1955-1958, the Mayfair Country Club hosted “The Mayfair Inn Open,” an event on the Professional Golf Association (PGA) tour. Famed professional golf legends such as Sam Snead, Ben Hogan, and Arnold Palmer attended this event multiple times. Arnold Palmer even won his first professional check here in Sanford, at the Mayfair Open.

Since the departure of the Giants in the 1960s, the Mayfair course has remained under city ownership and managed by various property management groups, and had begun slowly over the last few decades to show signs of age. Over time, hurricanes and storms have removed large, prominent trees, and with regular use the course needed several improvements. Sanford Mayor Jeff Triplett has long held a desire to make a decision regarding the Mayfair Country Club. “It was the right time to make a move, if (the city) was ever going to do so. Were we going to let the management company continue? Lease the property to another? Sell, or hold? The Mayfair is a city asset, and we need to treat it like that.” Along with the votes of other city officials and the tireless work of Deputy City Manager Tom George and other key staff, the City of Sanford is taking active steps to return this asset to the luster and prominence of yesteryear, maintain more direct control over the property, and operate at a budgetary savings.

The old clubhouse will be demolished this Spring, with a temporary clubhouse being placed on site in March or April. In early 2021, a new clubhouse that will cost approximately $1.5M will “pay homage to the historical side of the Mayfair,” as well as offer modern and contemporary golf amenities, said Triplett. Sands commented that the “City helps keep things operational, above and beyond. (They have) already repaired 5 major areas of cart paths, and just now are working on 17th hole.”

To more directly keep control and direction over the club, the Sanford City Commission recently voted to create a 501(c)(3) to replace the management company, and place the inaugural board of five directors in the near future. “Golf courses are closing,” comments Triplett, “but it’s the right time to do this. The Mayfair can run almost like a special district, such as the airport or the CRA, where the city oversees the budget and the board of directors handle operations.” A move to a non-profit board is also projected to free up approximately $60,000.00 which can now be reallocated in the city budget, Triplett believes the time is at hand to take control. “It’s something I have always wanted to address as mayor. This decision will be one that I wear on my shoulder. My decision. Our expectation is that the course will become self-sufficient.”

The staff at the Mayfair, Pete Sands foremost among them, have been adept at modernizing the promotion of Sanford’s historic course, and have displayed a desire to utilize alternative income streams with special events and cross-promotions. The staff also showing such an interest and desire to get tenure and stay in Sanford also assisted the City in embracing this model. “We are trying to find a way for everyone to have fun, bring the atmosphere of downtown to us,” said Sands. “We’re excited, and really appreciative. For the City to take the lead here and work with staff on bringing this home, not just for today but the future, we are all very fortunate.”