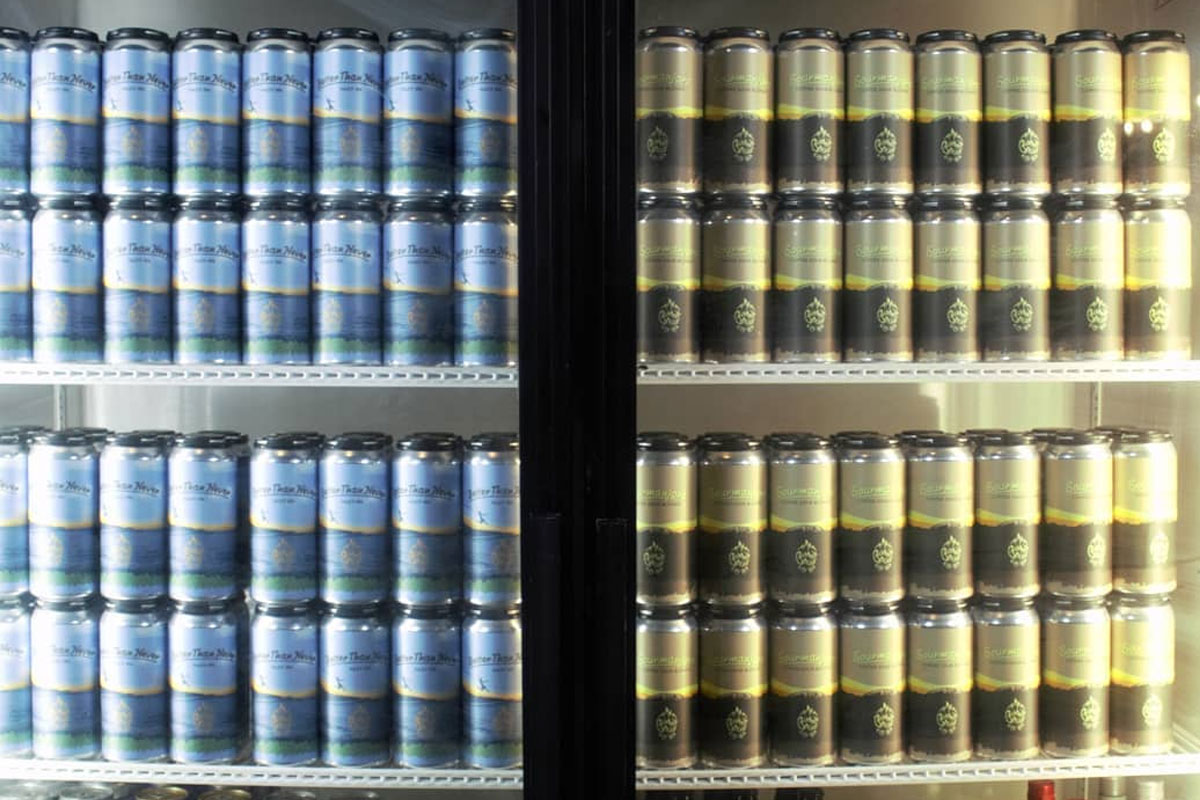 If you haven’t noticed, the craft beer scene in Sanford, FL is rocking. One of the headliners at this rock concert is Deviant Wolfe Brewing. This weekend marks Deviant’s Two-Year Anniversary and they’re throwing a party to celebrate!

To kick off their anniversary weekend, Deviant collaborated with local Winter Springs brewery Bowigens on a sour beer called Dry Hopped Lollipop. Deviant tapped this delicious beer on Thursday night. Today Saturday, 3/14/20, Deviant is releasing two of their first-ever canned beer releases. The first is called Better Than Never which is a Hazy IPA, and Sourmanjaro, their infamous coffee sour. For the first 20 customers that purchase a four-pack of both cans, they will receive a free Deviant pint glass.

In addition to the double-can drop, they will have five different small batches released. Look for Pineapple Troll Cake, Matturday Nights, Don’t Feed the Rabbids, Fruit’s Just a Fad and Coconut Sourmanjaro to grace their tap list on Saturday.

Have you ever wondered how they come up with their beer names? It’s very scientific. Just kidding!! It’s about as scientific as throwing spaghetti on a wall to check its doneness. For example, their Better than Never IPA was named by rewording the phrase “Better Late Than Never.” In researching that phrase, head brewer Matt Rolfe came across the explanation that late is better than never, but you’re still late. So Better Than Never was born.

Another example of how their fun beer names come about is their Don’t Feed the Rabbids, their Carrot Cake Sour. Assistant brewer Heather Opheim derived the name from the popular video game, Raving Rabbids. In the game, if you feed the Rabbids, they go crazy. Rabbids, being equivalent to Rabbits, was the perfect complement to the main ingredient, carrots, in the beer. Thus, the name of the beer arose to warn patrons of their impending craze over this amazing sour beer.

In addition to the can release and the delicious small-batch releases, Deviant will also be enticing patrons with the musical stylings of Orlando favorite Layla Brisbois. Layla will be at Deviant from 4-7 P.M.. Or if food is what you’re craving, Deviant has invited the La Empanada food truck to serve its delicious offerings all afternoon starting at 2 P.M.

Additionally, Mr. Z’s next door will be offering a 10% discount on its menu to Deviant’s customers. Lastly, Deviant will have a photo booth to take all your fun pics for social media. Tag Deviant in your pics using #drinkdeviant.

Yes, this weekend will be rocking in SANFORD with all the fun that will be served up at Deviant Wolfe!! For more info about Deviant Wolfe, go to www.deviantwolfebrewing.com or @deviantwolfe on IG and FB.

We are four craft beer lovers from Sanford, FL that enjoy promoting our craft beer community and having fun while we do it! We love traveling all over the US, exploring fantastic breweries and posting about all our adventures. Follow us if you love beer and fun!