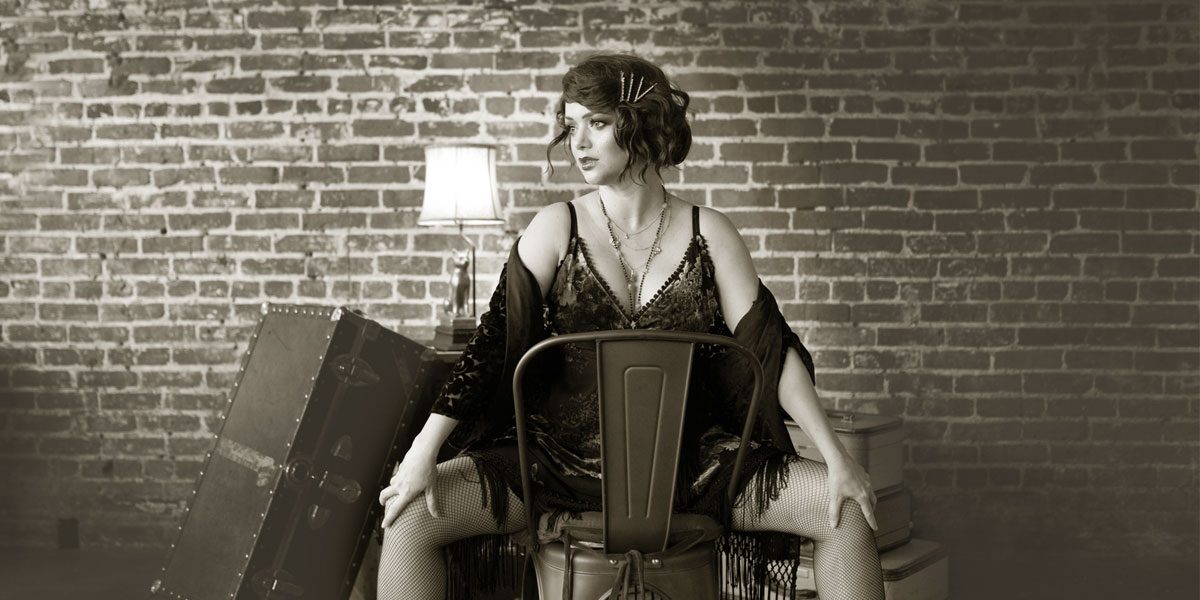 The buzz is in the air! Fresh off the success of an extended sold-out run of West Side Story, Theater West End presents Wild Party, with book, music and lyrics by Andrew Lippa, March 29 – April 14 in Historic Downtown Sanford. The musical is directed by Artistic Director Derek Critzer, with music direction by Austin Paul McElwain, and choreography by Amanda Warren.

Based on Joseph Moncure March’s 1928 poem of the same name, Andrew Lippa’s Wild Party tells the story of a vaudeville dancer named Queenie (Kristen Scheola*) and a vaudeville clown named Burrs (Preston Ellis*) — her passionate and violent lover. Queenie is fed up with the life she lives and the pain Burrs puts her through, so she decides to throw the party-to-end-all-parties to shake things up a little. Burrs agrees, and they invite a whole slew of colorful characters to their home.