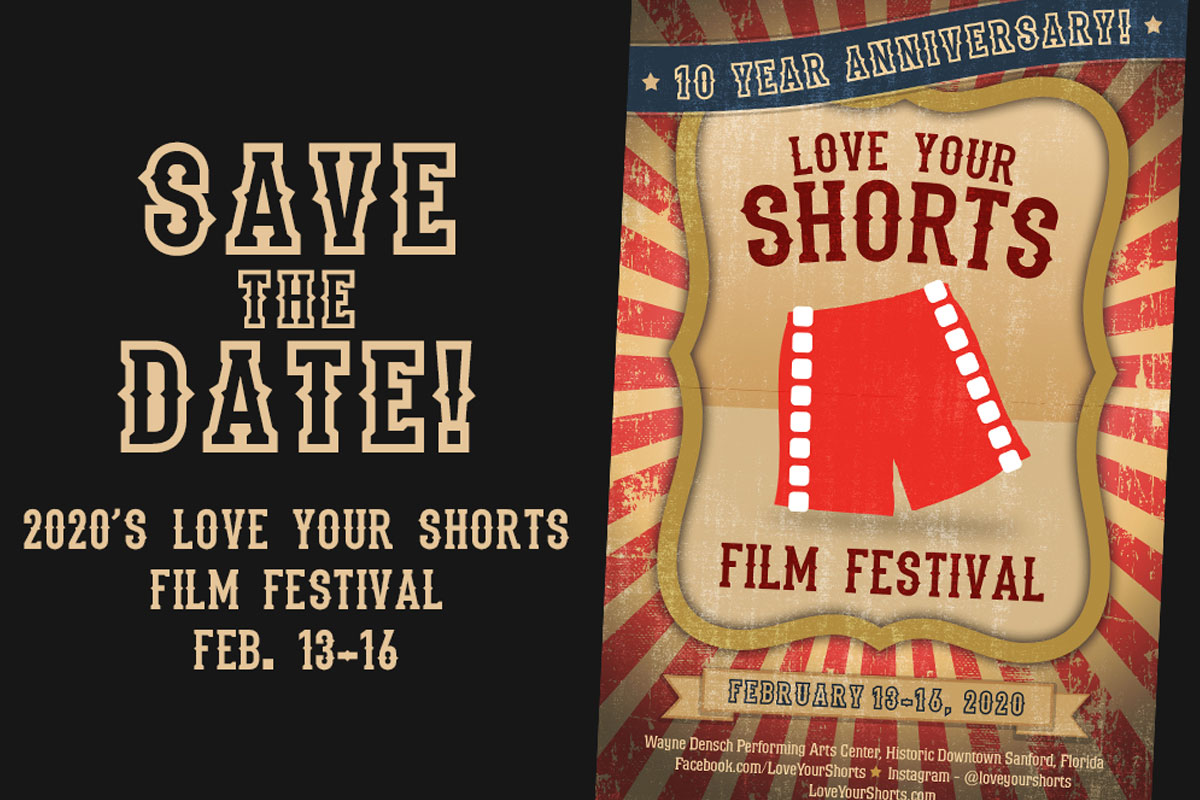 A lineup of 81 short films will be shown Feb. 13-16 at the 10th Annual Love Your Shorts Film Festival, including the festival’s first time of showing a block of international films.

The festival will be held at the historic 1923 Wayne Densch Performing Arts Center in Historic Downtown Sanford.

In addition to the block of international entries – from Australia, Moldova, Italy, the Netherlands and other countries – the films in competition through the weekend will be shown in the categories of Comedy, Drama, Animation, Documentary, Sci-Fi/Horror, Florida Flavor, and E for Everyone, which is family friendly. Also scheduled is an opening-night variety of films and a Best of the Fest competition of all the block winners on closing night.

Filmmakers from across the country and around the globe attend the event, and films shown at past festivals have gone on to win Oscar and Emmy awards.

Before the weekend competition kicks off, the festival will host its Education Day for veteran and novice filmmakers on Thursday, Feb. 13, featuring a panel presentation on “Connecting with the Central Florida Filmmaking Community” and a screening of films by UCF students.

The panel, moderated by filmmaker and UCF lecturer Jason Gregory, will include film professionals discussing why the local film industry is growing stronger with more opportunities for networking and multiple productions that are underway. Gregory teaches screenwriting, is the director of the Orlando Urban Film Festival and created the television pilot Waking Up White.

The Education Day presentation will begin at 7 p.m. and will be followed at 8 p.m. with the screening of student films from UCF, which is a partner for the event. This is an opportunity to support the work by tomorrow’s feature filmmakers. (The Blair Witch Project was made by UCF film students in 1999.)

Who: 2020 Love Your Shorts Film Festival

What: 10th annual festival hosted by a 501(c)(3) nonprofit organization to feature 81 films from 12 countries around the world, free educational workshop and student films.

Tickets: $10 for individual blocks of films, $75 for a weekend pass to all films. The Education Day panel presentation and student films on Feb. 13 are free.