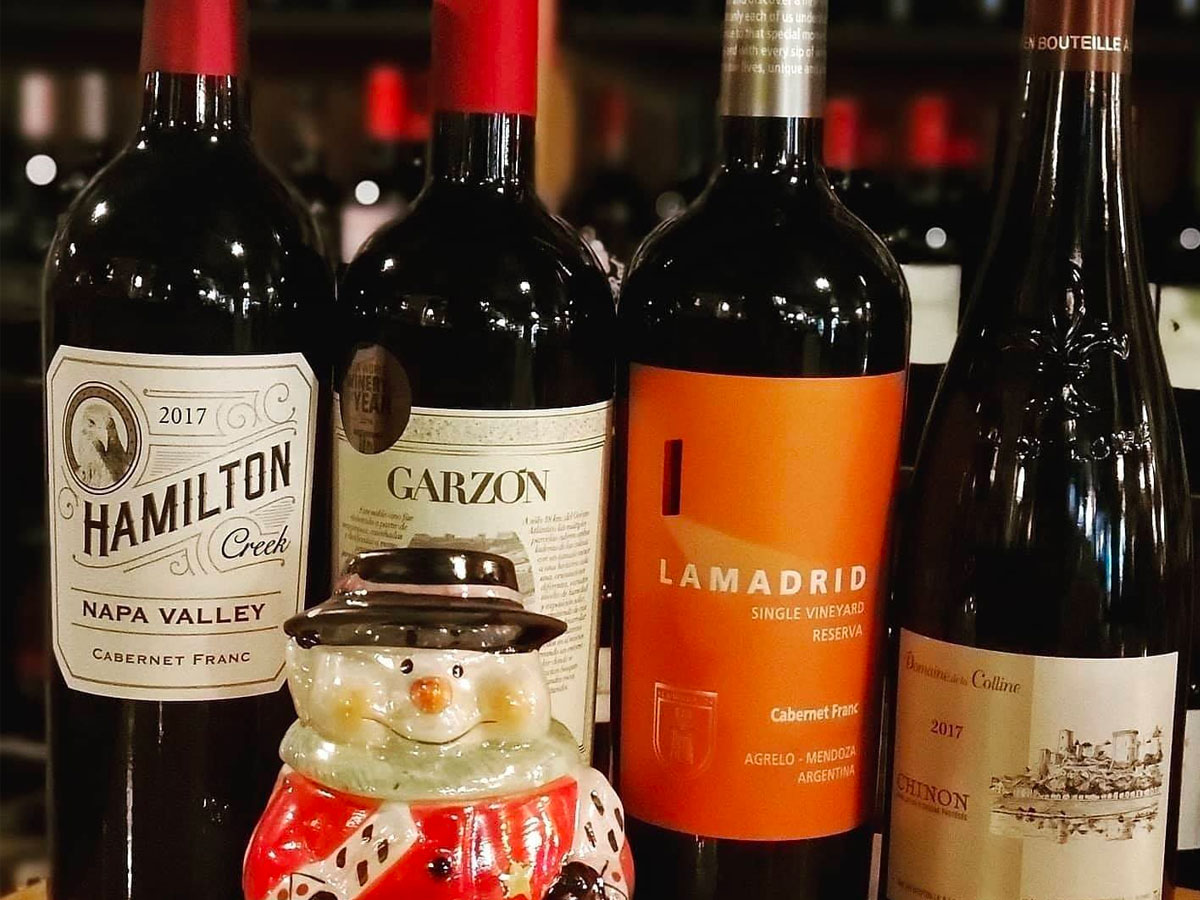 Cabernet Franc has been one of my favorite varietals from the get go. Its particular and trademark bell pepper and bramble flavors had me at “hello”.

Cabernet Franc is the parent to Merlot and Cabernet Sauvignon amongst many other varietals including Carmenere and the elusive Spanish Hondarribi Beltza. Its origins can be traced to the Southwest of France in the 18th century.

Cabernet Franc is the start blending varietal in Bordeaux along with Cabernet Sauvignon and Merlot. It brings the blend tannins, finesse and acidity and produces some of the most elegant blends in the region especially in the right bank of Bordeaux.

Cabernet Franc is the star of the show in the Chinon region (Loire Valley) where it showcases a stronger fruit flavor profile along with noticeable acidity due to the cooler climate.

Due to its diversity and adaptability to many microclimates, Cabernet Franc is grown now in several wine regions. From Argentina, to Uruguay and Chile, Italy, USA, Canada and even Hungary.

Enjoy your day with a nice glass and unwine! Cheers!

Yellymary Montalvo is a Court of Masters Sommelier and a WSET Level 3 Certified Specialist with Distinction. She has also recently earned her Spanish Scholar Wine Guild Diploma with Honors. With over 15 years of experience in the wine industry, Mary is also the proprietor of Luisa's Cellar wine bar in Historic Downtown Sanford in which she proudly curates the extensive wine selection.