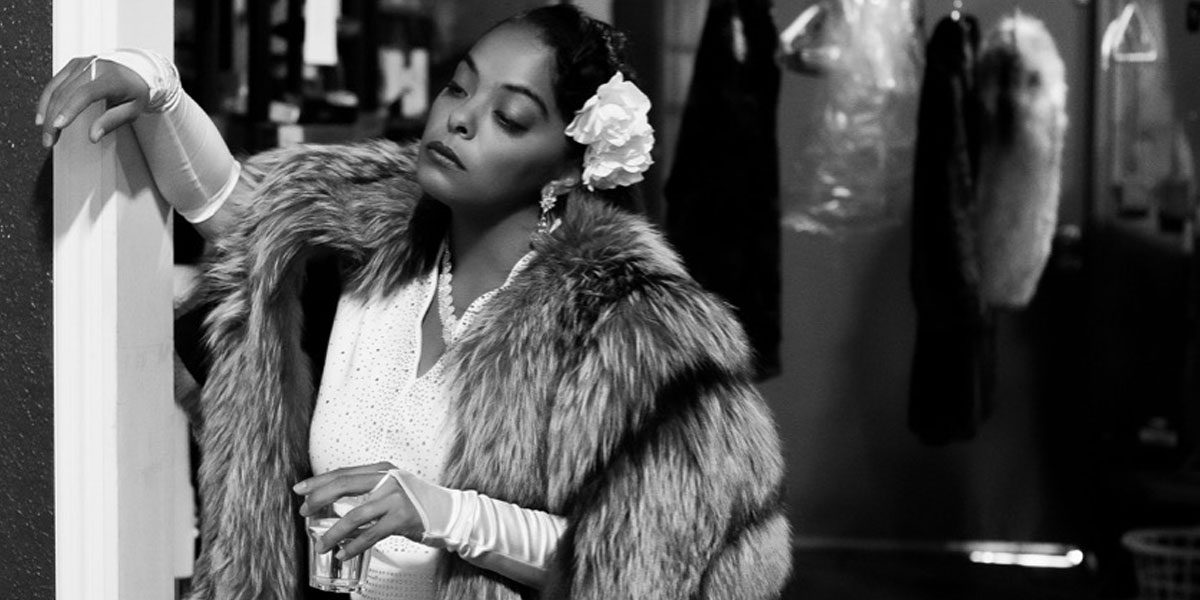 The time is 1959. The place is a seedy bar in Philadelphia. The audience is about to witness one of Billie Holiday’s last performances, given four months before her death. More than a dozen musical numbers are interlaced with salty, often humorous reminiscences to project a riveting portrait of the lady and her music.

“A searing portrait of a woman whose art was triumphant.” – OnStage

“Original and riveting.” – The London Times

Theater West End, the new company bursting on the theater scene in Historic downtown Sanford, continues bringing special events within its inaugural season with Lanie Robertson’s “Lady Day at Emerson’s Bar and Grill,” directed by Felichia Chivaughn Wright and music direction by Austin McElwain. The time is 1959. The place is Emerson’s Bar and Grill, a seedy little jazz club in Philadelphia. The audience is about to witness one of Billie Holiday’s final performances, given four months before her death. More than a dozen musical numbers including “God Bless the Child”, “My Man,” and “Strange Fruit” are interlaced with salty, often humorous, reminiscences to project a riveting portrait of the lady and her music.

“Lady Day at Emerson’s Bar and Grill” premiered at Atlanta’s Alliance Theatre in the spring of 1986, with Reenie Upchurch as Billie Holiday. Vineyard Theatre produced the show Off-Broadway in the summer of 1986, and then moved it to the Westside Theatre on September 7, 1986. In this production, Lonette McKee starred as Holiday, and the play went on to win the 1987 Outer Critics Circle Award for Best Off-Broadway Book. A 2014 Broadway production at Circle in the Square reinvigorated the play, running well beyond its originally planned 10 weeks . Directed by Lonny Price, the production starred Audra McDonald as Billie Holiday, with Shelton Becton as pianist Jimmy Powers. Audra McDonald won her record-breaking sixth Tony Award for the production and became the only person to win in all four acting categories, this time for Best Actress in a Play.